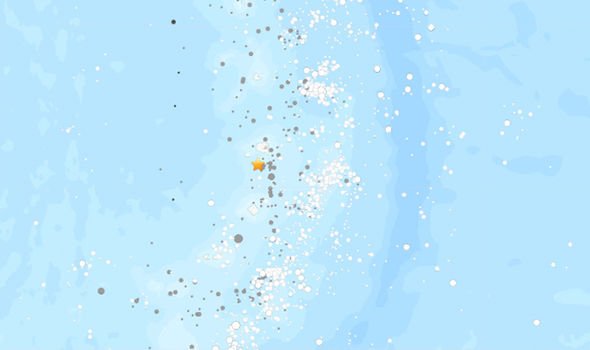 A MASSIVE magnitude 7.5 earthquake hit close to Antarctica on Tuesday morning, according to the United States Geological Survey (USGS).

The earthquake’s magnitude means it could cause damage to most buildings and cause some to partially or completely collapse or receive severe damage. It also means it can be felt across great distances with major damage mostly limited to 250km from the epicentre. However, there is scarce infrastructure or buildings close to where the quake hit - 48km north of Bristol Island, South Sandwich Islands.

Nearby affected places include the Argentine territory of Tierra del Fuego and mainland Chile.

The quake struck close to the British-owned islands, which are home to several active volcanoes.

The last known eruption on Bristol Island was in 2016.

The quake, which struck at 2.26am, was in a remote area and fairly deep underground, meaning aftershocks are less likely, according to Britannica.

No tsunami threat was issued by the US Pacific Tsunami Warning Center.