Millions in danger as tornadoes hit the USA 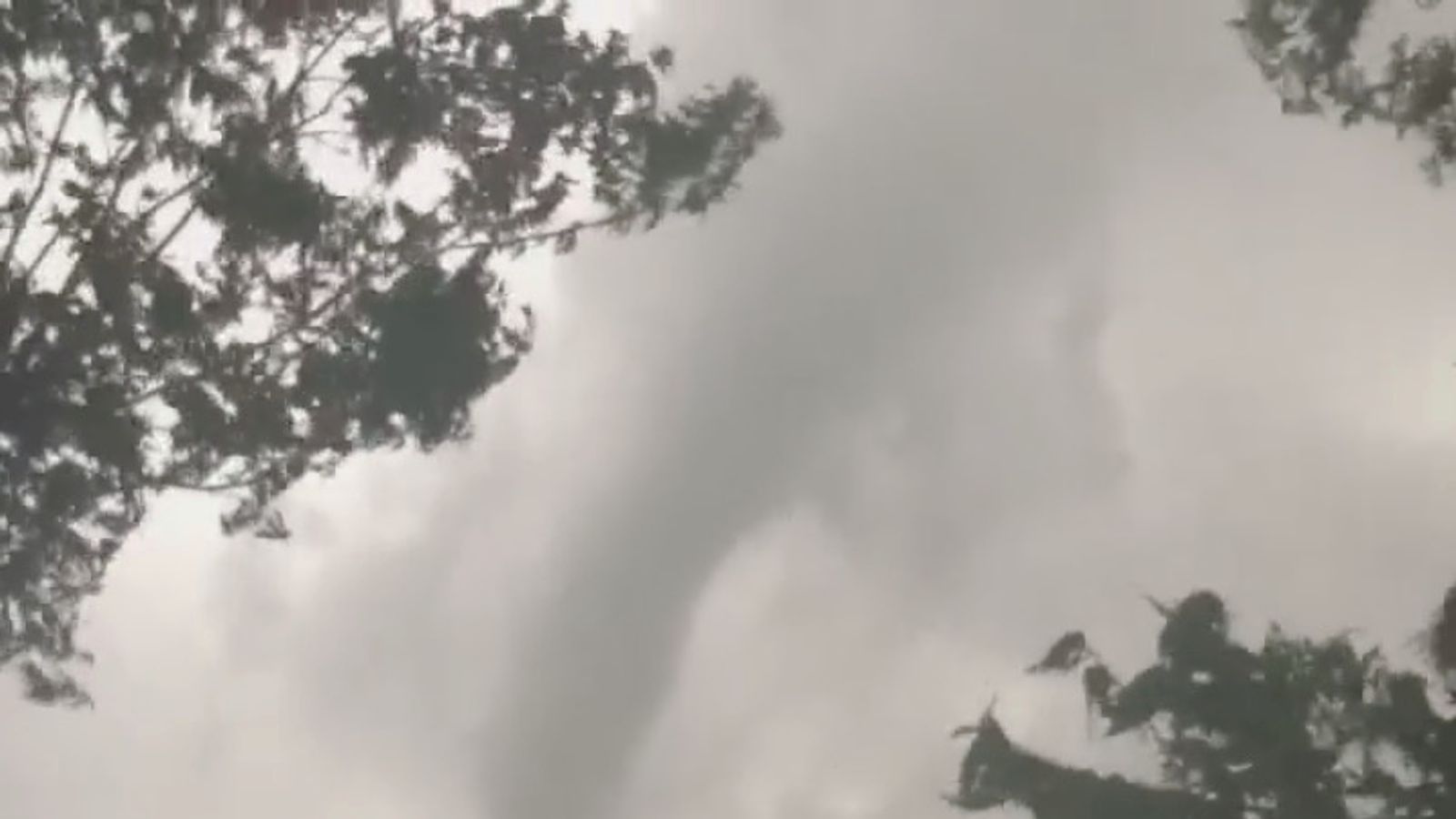 Millions of Americans are at risk of severe flooding after more than a dozen tornadoes hit a number of states including Texas and Oklahoma, authorities have warned.

On Monday at least 19 tornadoes caused scattered damage and a deluge of rain, sparking flooding and causing damage to buildings and vehicles.

The US National Weather Service warned more bad weather could be on the way, and more than 4 million people were under a flash-flood warning or watch on Tuesday.

“More tornados are on the way today, most likely late this afternoon into the evening,” Rich Otto, a forecaster for the National Weather Service said, adding the warnings stretched from Texas, Oklahoma and Kansas eastwards to Arkansas and southwest Missouri.

After 19 tornadoes ripped through 4 states, millions are now under flash flooding threat

(CNN)Severe thunderstorms will drench and flood parts of Oklahoma Tuesday, following on the heels of a series of tornadoes that touched down in that state and others.

At least 19 tornadoes swept through central Oklahoma, Texas, Missouri and Arkansas Monday, carrying warnings of "considerable" damage to homes, businesses and vehicles with the possibility of "complete destruction."
Oklahoma, Missouri and Arkansas were still under a tornado watch early Tuesday, with the National Weather Service warning of "flying debris" which could be dangerous to those caught without shelter.

Wind gusts had reached 74 mph in some Oklahoma communities Tuesday morning. Storms in neighboring Texas were bringing the threat of golf ball-size hail.
Fierce thunderstorms also are expected to rattle regions from the mid-Mississippi River Valley into Arkansas, Louisiana and Texas, the weather service said.
The Little Rock, Arkansas, weather service said the primary threats will be "damaging winds and a few squall-line tornadoes," with also possible heavy rain and large hail.

As storms drench the area, more than 50 million people will be at risk of flash flooding, hail and damaging winds.
The weather service has issued a flash flood emergency for the Tulsa area, including Tulsa, Rogers, Mayes, Wagoner, Osage, Pawnee and Washington counties -- where up to 5 inches of rain have already fallen and another three could be possible.
The National Weather Service Tulsa urged people in those areas to move to higher ground as more heavy rainfall is expected.
"We're seeing reports of flooding and water rescues across (northeast) Oklahoma," state emergency management spokeswoman Keli Cain told CNN.
"Hominy (Osage County) and Broken Arrow (Wagoner County) both have significant flooding and are setting up shelters for people who have been displaced by high water; Washington County Emergency Management reports a mobile home park is flooded in Dewey," Cain said.

The weather service's Springfield, Missouri office has also issued a watch lasting into early Tuesday morning for severe thunderstorms in central and southern Missouri.
Wind gusts up to 75 mph, tornadoes, floods and baseball-size hail are possible.

Multiple Oklahoma highways are closed due to high water or storm debris. Authorities warned drivers to stay off roads in anticipation of additional flooding expected overnight.
Roads in Ponca City, in northern Oklahoma, have turned into rivers, with the local government urging drivers to stay away from the water.

The county emergency manager reported flooding in the city had begun to enter buildings, CNN affiliate KTUL reported. Several roads had also been closed off.
In Mangum, near the state's border with Texas, city officials said a tornado hit a house and ripped the roof off a two-story apartment building, according to CNN affiliate KOCO.
The police department asked residents to "not get out and drive around."
"On top of emergency crews trying to fix power lines and other damage from the tornado," the department said, "the roads are now flooding due to the intense rain."
"By trying to check out the weather you are only putting yourself and the crews in further danger."

More than 4 million people were considered to be in harm's way early Tuesday morning from Texas to Missouri as forecasters warned of violent tornadoes, CNN Meteorologist Michael Guy said.
The Oklahoma Department of Emergency management reported multiple counties have already reported damage to homes, fairgrounds and barns. Numerous power lines and trees are down.