Over 50,000 Syrian Refugees in Lebanon Jeopardized by Storm Norma - UNHCR 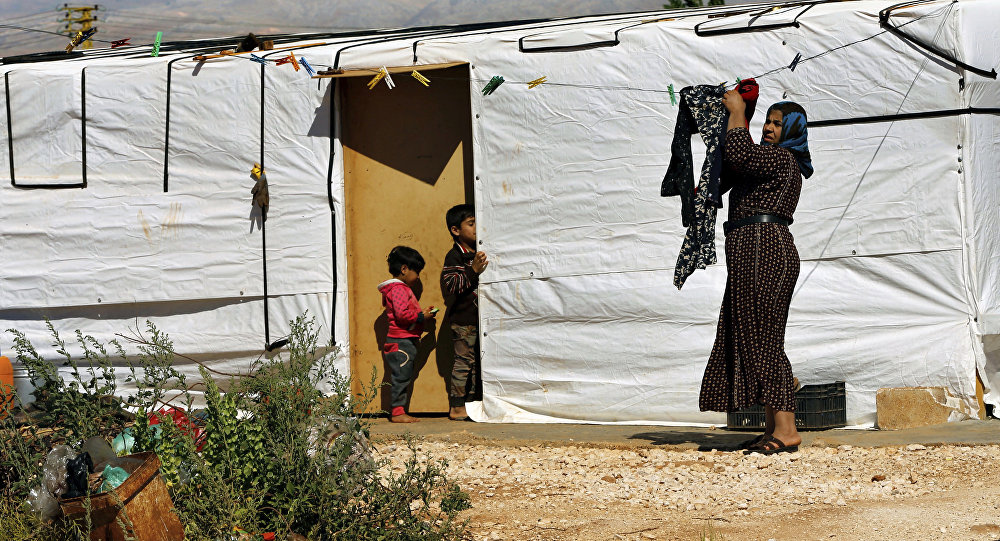 BEIRUT (Sputnik) - The flooding, heavy winds and severe drops in temperature in Lebanon affected the spontaneous camps of Syrian refugees in the majority of the country's areas, with over 50,000 people remaining in at-risk zones, the Office of the UN High Commissioner for Refugees (UNHCR) said in a report obtained by Sputnik.

"UNHCR and partners estimate that approximately 850 informal settlements, hosting 50,000 refugees, are at risk of flooding. The response is coordinated by the Ministry of Social Affairs and UNHCR, in close cooperation with affected municipalities", the report read.

According to the UNHCR, the camps suffered the most damage as a result of heavy rains, snowfalls and winds.

"Efforts to pump out water accumulating in informal tented settlements in the Bekaa are ongoing. It has proved to be a challenging task as water keeps pouring back due to the fact that some informal settlements are located below the level of the road and continuous rainfall continues to accumulate. Both in the North and the Bekaa, alternative sites have been identified to accommodate families affected by the storms", UNHCR said, adding that some of the refugees have been sheltered in nearby schools and mosques.

Ahead of the winter season, the UNHCR office in Lebanon reported that about 740,000 Syrian refugees might face risks to health due to upcoming cold snap since many of them did not have money for warm clothes and were not able to bear the costs of heating and medical care.
A heavy storm dubbed Norma hit Lebanon at the end of last week seriously damaging 66 and completely destroying 15 refugee camps.