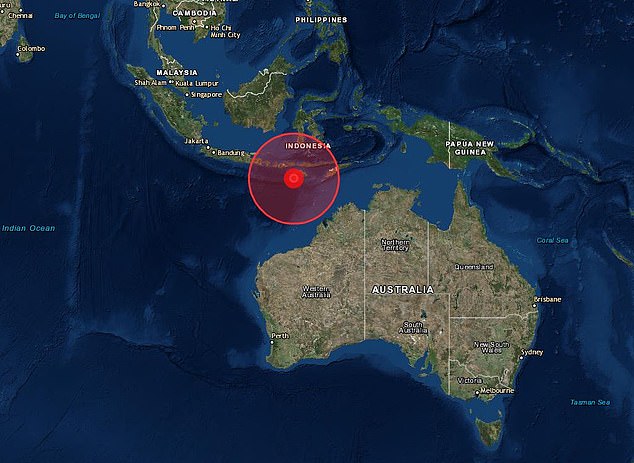 A quartet of earthquakes have struck Indonesia's southern waters - bare kilometres from the north-west coast of Australia - in the span of only five hours.

The worst of the quakes - a 6.4 magnitude strike - struck the Indian Ocean at about 1pm Tuesday local time.

Before it, another three earthquakes were recorded in the same area, two of which were less than 10 minutes apart.

The largest of the earthquakes, being the final, had a radius reaching only kilometres from the Western Australian north coast.

The first of the quakes struck at 7.59am (local time) in the ocean off the south-west coast of the Nusa Tenggara Timur island and to the west of Australia.

The shake was measured at magnitude 6.0 and went 37kilometres below the earth’s surface, according to the Australian Government’s Earthquakes GA website.

Less than 10 minutes later, a magnitude 5.2 aftershock was also recorded in the same spot at a depth of 45km.

A third earthquake, also measured at 5.2 struck an hour later before the magnitude 6.4 earthquake hit at 1.10pm just seven kilometres below the surface.

The final tremor was so strong, seismologists believe it may have been felt up to 697km and as far away as Denpasar and Surabaya in central Indonesia. 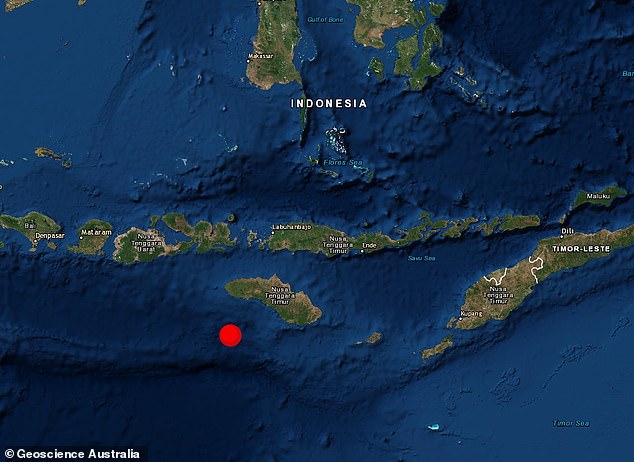 A magnitude 6 earthquake struck south of the city of Raba on Indonesia's central island of Sumbawa on Tuesday, the U.S. Geological Survey (USGS) said.

There was no immediate tsunami warning or reports of damage or casualties from the quake, which hit at a depth of 25 km (16 miles) about 219 km (136 miles) south of Raba in the east of Sumbawa, which forms part of West Nusa Tenggara province.

The Hawaii-based Pacific Tsunami Warning Center said on its website there was no warning in effect.

Indonesia is a disaster-prone archipelago that straddles the seismically active Pacific 'Ring of Fire'.

It suffered its deadliest year in more than a decade in 2018 as a series of earthquakes and tsunamis killed more than 3,000 people.

About 430 people were killed, with at least 159 missing, after a tsunami off the west coast of Java during the Christmas season evoked memories of the Indian Ocean tsunami triggered by a massive earthquake on Dec. 26, 2004.