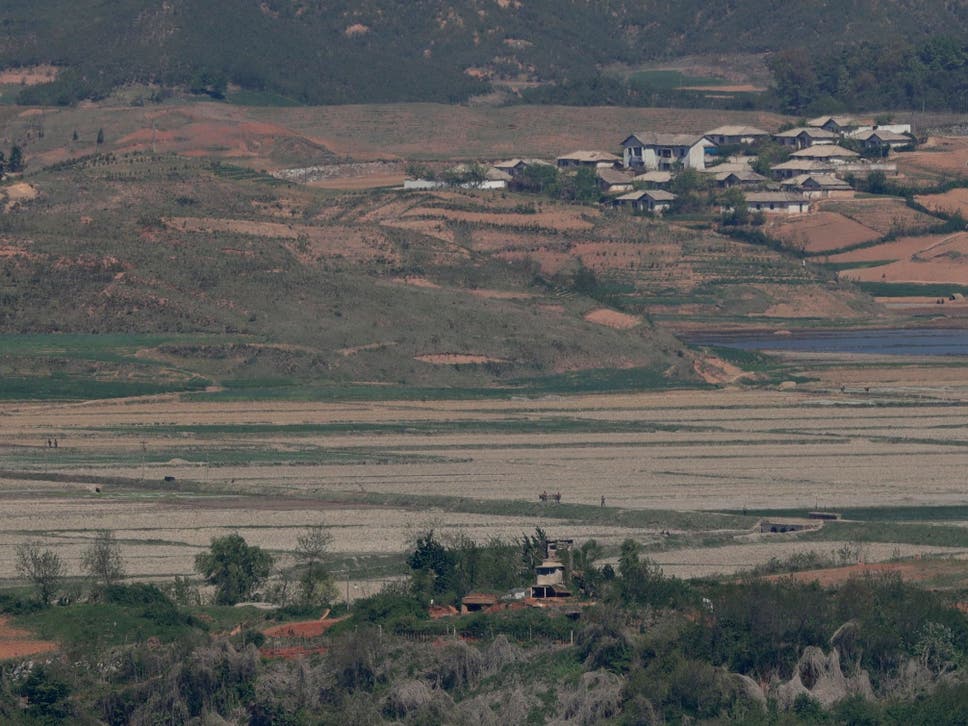 The state-run Korean Central News Agency (KCNA) reported that an average of just 54.4mm of rain had fallen throughout the country in the first five months of the year.

It is the lowest level since 1982, when the secretive communist state received 51.2mm of rain on average during the same period, it added.

To combat the problem, the state run Rodong Sinmun newspaper called for a “war against the nature”, mobilising all available water pumps and irrigation equipment.

It follows a warning from the United Nations said earlier this month that some 10 million North Koreans were facing “severe food shortages” after the country endured one of its worst harvests in a decade.

The Red Cross has now warned that the drought also threatens this year’s summer harvest.

The country's officials have blamed the food shortage on bad weather and international economic sanctions that were toughened after the country conducted a series of high-profile nuclear and missile tests in recent years.

In a high-stakes summit in Vietnam in February, Donald Trump rejected Mr Kim’s call to ease the sanctions in return for dismantling his main nuclear complex, a partial disarmament step, leading to the breakdown of talks.

Their previously friendly relationship appeared to have soured in the months since, with tensions between Washington and Pyongyang bubbling up again.

The the communist regime has test-fired two missiles and multiple projectiles in the past few weeks.

KCNA said the drought was expected to continue until the end of May.

South Korea is now planning to send food directly across the border in its first such shipment since 2010, as well as increasing donations to international agencies like the World Food Programme.

President Moon Jae-in said the humanitarian plan was backed by Mr Trump, but reports suggested it was moving slowly in part due to reticence on behalf of US officials.

“They’ll try their best to make it happen, but nothing has been decided. There is a lot more to consider than two years ago,” a source told the Reuters news agency.

North Korea suffered a devastating famine in the mid-1990s that is estimated to have killed hundreds of thousands of people, with many resorting to eating tree bark and grass.