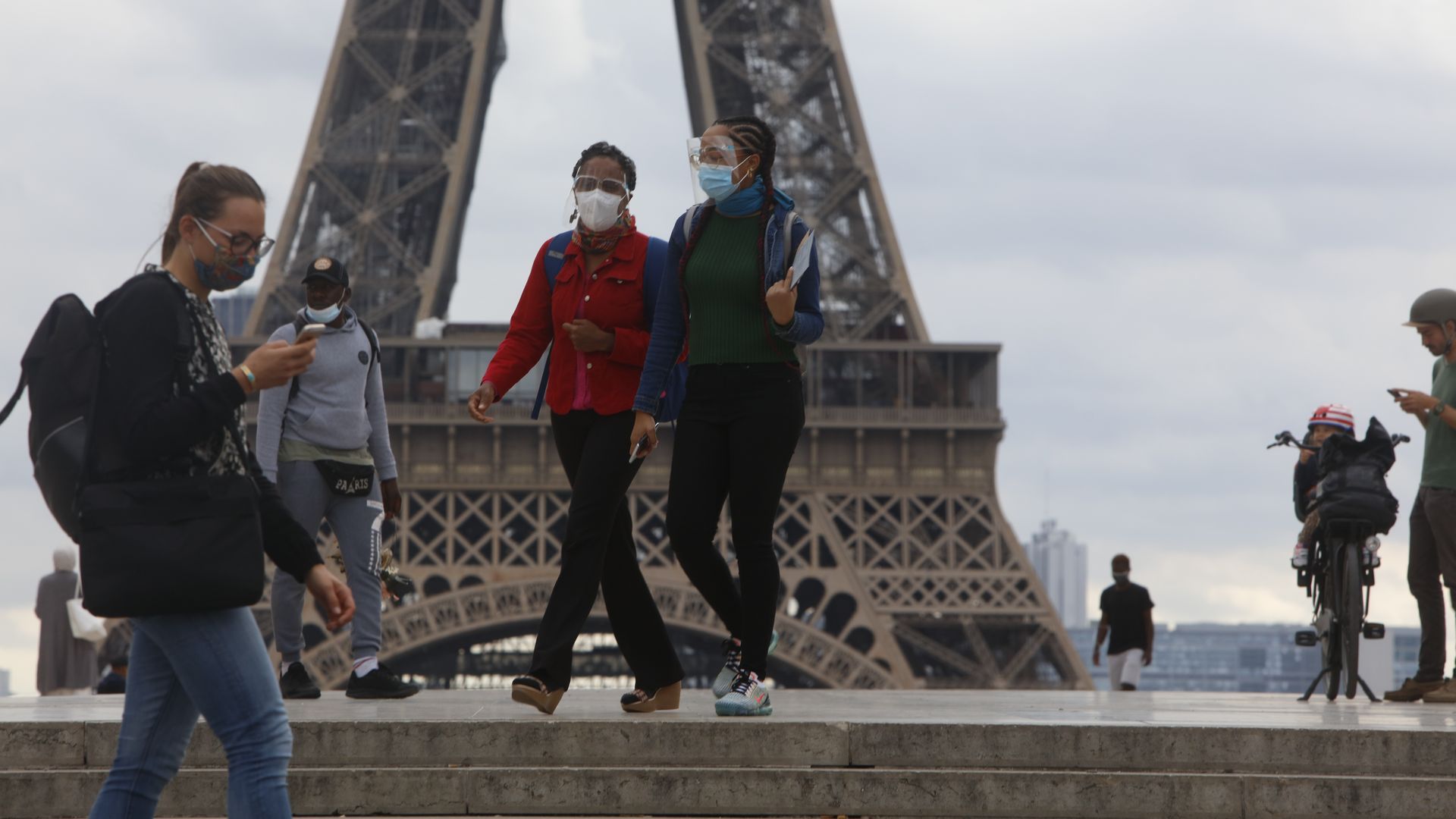 The number of coronavirus cases exceeded 6 million in Europe Wednesday, per AFP, as the World Health Organization warns that the continent is experiencing "rising COVID-19 fatigue."

The big picture: Cases are surging across the United Kingdom, France, Italy, Spain and Germany, with records set in several European countries in the past week.

The rises have prompted countries to introduce further measures and restrictions in order to combat surging case numbers.
Zoom in: Authorities in England are looking to introduce a three-tier local local lockdown system and possibly follow central Scotland's plan to close restaurants and bars, the BBC reports.

The U.K. reported 14,162 new cases Wednesday, taking the total to 544,275.
The nation has the highest COVID-19 death toll in Europe, with 42,515 Brits losing their lives to the virus.
France's health ministry confirmed a record 18,746 new infections Wednesday, nearly doubling the previous day's tally.

President Emmanuel Macron pledged to impose fresh restrictions, to be detailed Thursday, in addition to those introduced in Paris and three nearby regions Tuesday that saw bars and cafes in the city close for two weeks, per France 24.
Germany reported on Thursday its infections had increased by 4,058 to 310,144 — the biggest jump seen in the country since April, per Reuters.

Bars, restaurants and liquor stores in the capital, Berlin, will have to close from 11 p.m. to 6 a.m. — the first time such a measure has been imposed in 70 years, the Guardian notes.
Italy on Wednesday made wearing face masks outside mandatory across the country and extended its state of emergency through Jan. 31, AFP notes.

Spanish authorities have imposed restrictions in several regions, including the capital, Madrid, where bars and restaurants must shut at 10 p.m. and gatherings are limited to six people, according to the BBC.
Belgium's officials announced Wednesday plans to close bars and cafes at 11 p.m., as positive test numbers are average at 2,500 per day, the Brussels Times reports.

Polish authorities vowed to introduce new distancing rules and enforce measures like the wearing of masks as cases continued to soar close to Saturday's daily record of 2,367 infections, Reuters notes.

The Netherlands reported a record 4,581 new infections on Monday, according to the NL Times.

In Bulgaria, officials warned Thursday restrictions including shutting restaurants could be introduced as the country reported a single-day high of 437 cases, per the Guardian.