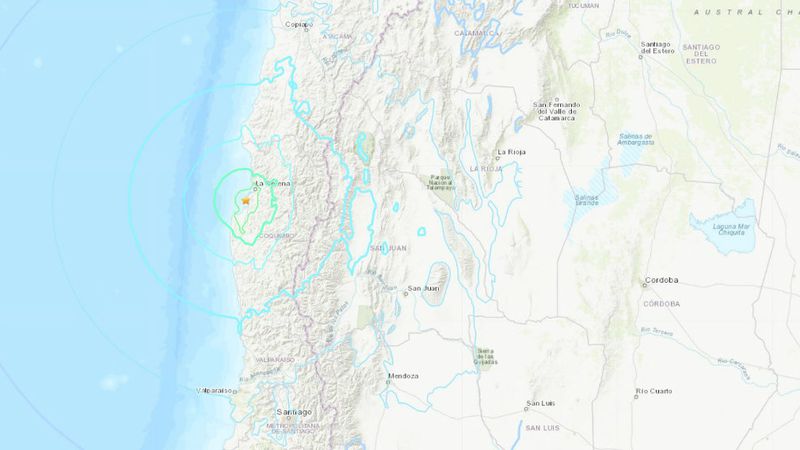 A magnitude 6.7 earthquake has hit the coast of north-central Chile and witnesses said it rattled buildings farther south in the capital city of Santiago but left only minor damage in its wake.

The quake struck at 10.32 pm local time about 15.6km south-southwest of Coquimbo, the US Geological Survey said. The quake was 53km below the surface, a relatively shallow tremor that shook homes and had some worried about a possible tsunami.

A witness reported minor damage to older buildings and power outages in the nearby coastal city of La Serena, a popular beach town about 400km north of Santiago.

"It felt very strong...the tourists were very nervous, but nothing serious happened," Camila Castillo, a receptionist at a hotel in La Serena, told Reuters.

Chilean miner Antofagasta said operations were normal at its Los Pelambres copper mine following the nearby earthquake.

Chile, located on the so-called "Pacific Ring of Fire," has a long history of deadly quakes, including a 8.8 magnitude quake in 2010 off the south-central coast, which also triggered a tsunami that devastated coastal towns.
But death and destruction are limited by strict construction codes especially designed to withstand earthquakes.