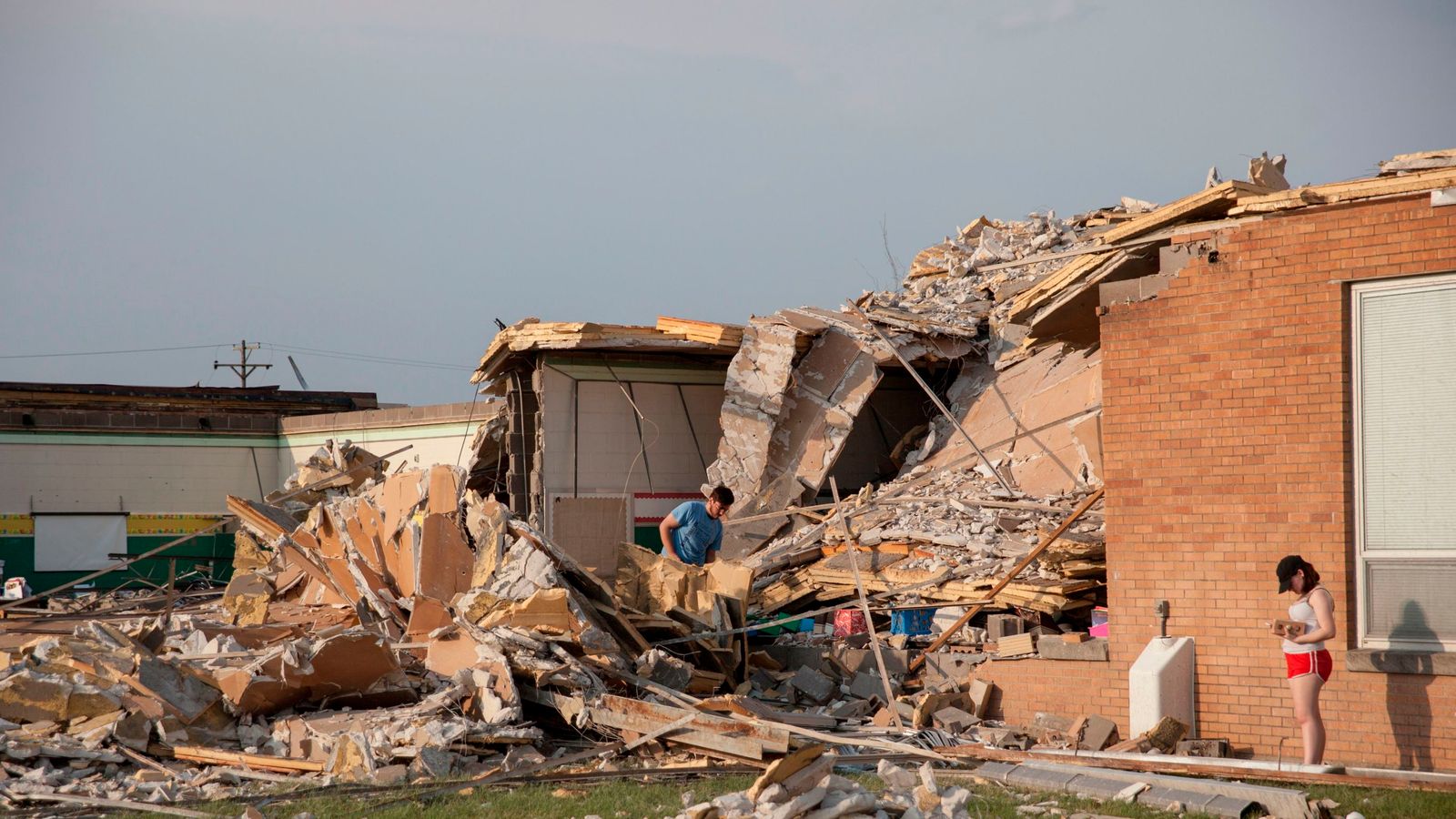 America has been hit with 500 tornadoes in the last 30 days, with Tuesday breaking a 40-year record by marking the 12th day in a row with at least eight tornado reports, according to US forecasters.

Severe weather has been sweeping across the US Midwest, injuring hundreds and destroying buildings, prompting claims areas of the country have been left "like a war zone".
Some 55 twisters are estimated to have touched down on Monday across eight states stretching eastward from Idaho and Colorado.

Kansas City was badly hit by a large and dangerous tornado on Tuesday, with 12 people being treated at hospital and Kansas City International Airport temporarily suspending flights.

"I just got down on all fours and covered my head with my hands," he said.

In Celina, Ohio, 82-year-old Melvin Dale Hanna died when a parked car was thrown into his house, the mayor Jeffrey Hazel confirmed, adding: "There's areas that truly look like a war zone."

Weather warnings are stretching across to the east coast with parts of Pennsylvania, New Jersey and New York City on alert.

Dr Patrick Marsh, warning coordination meteorologist at the national weather service's storm prediction centre, tweeted there had been 500 filtered eyewitness tornado reports during the past 30 days.

Roofs have been blown off, houses knocked off their foundations, trees uprooted and vital power lines have collapsed.
Francis Dutmers from Vandalia, which is around 10 miles from Dayton in Ohio and was one of the worst hit areas, said he hid with his wife in their basement before the windows on his house exploded and their rooms filled with debris.

Human sightings remain an important tool in detecting tornadoes, as the radar technology used by US meteorologists is not able to always "see" twisters. A network of storm spotters are used across the country to monitor numbers.

"We are flirting in uncharted territory," Dr Marsh told The New York Times.

"Typically, you’d see a break of a day or two in between these long stretches, but we’re just not getting that right now."

Referring to the 55 tornadoes on Monday, Dr Marsh said outbreaks of 50 or more tornadoes are not uncommon. It has happened 63 times in US history, with three instances of more than 100 twisters.
However, he added Monday's weather was unusual because it stretched over a wide geographic area and the amount of other twister activity in recent weeks.

The extreme weather is the result of high pressure over the south-east and an unusually cold trough over the Rockies. This has forced warm, moist air into the central US, triggering the dangerous storms.