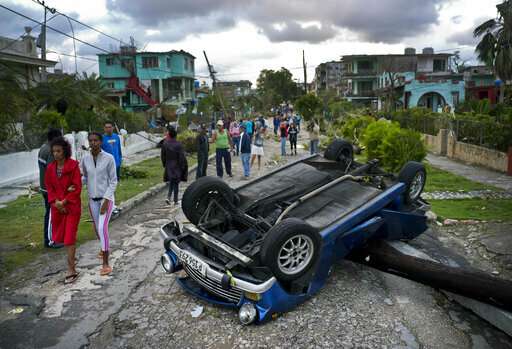 Neighborhood brigades and teams of government workers hacked at fallen trees and hauled chunks of concrete out of collapsed homes Monday as the Cuban capital attempted to recover from what officials called the strongest tornado to hit Cuba in nearly 80 years.

Three people were dead and hundreds injured, at least 12 in critical condition, after the tornado touched down with estimated winds of 200 mph (320 kph) in three neighborhoods across eastern Havana.

A quarter of the city's roughly 2 million people were without power Monday afternoon and more than 200,000 people had lost water service because of a broken main and power cuts that left pumps out of service. Some 100 underground cisterns close to the coastal section of Havana were contaminated by seawater.

Three electric substations were knocked out by the tornado, the strongest to hit Cuba since Dec. 26, 1940, when a Category F4 tornado hit the town of Bejucal, in what is now Mayabeque province, officials said. It also appeared to be the first tornado to hit the capital in at least as many years.

Residents of the three relatively poor boroughs hit by the tornado were bracing for further calamity once the tropical sun started to dry sodden buildings, which can often lead to structures shifting and collapsing. 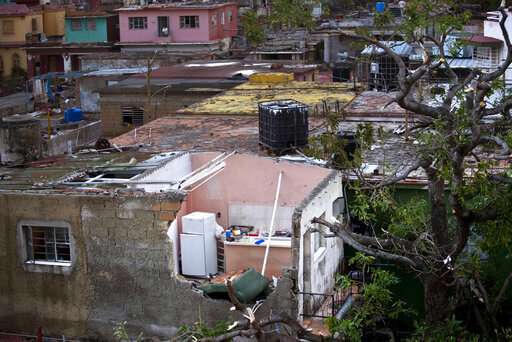 "From one moment to the next, we heard a noise like an airplane falling out of the sky. The first thing I did was go hug my daughters," who are 9 and 12, he told The Associated Press.

Driver Oster Rodriguez said that amid a fierce storm, what looked like a thick, swirling cloud touched down in the central plaza of the Reparto Modelo neighborhood "like a fireball." He saw a bus blown over, though he said the driver escaped unharmed.

Miguel Angel Hernandez of the Cuban Center for Meteorology said the tornado was a Category F3, with winds between 155 and 199 miles per hour, produced when a cold front hit Cuba's northern coast. Other meteorologist told state media that the tornado may have been even stronger. 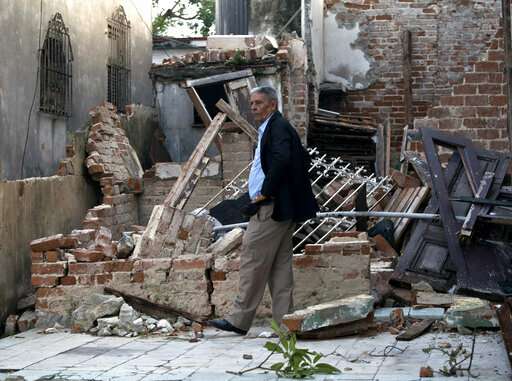 Some of the heaviest damage from Sunday night's rare tornado was in the eastern borough of Guanabacoa, where the twister tore the roof off a shelter for dozens of homeless families.

Dianabys Bueno, 31, was living in the shelter with her husband and son after they were forced to relocate by the collapse of their home in Central Havana. Much of the housing in Havana is in dire condition due to years without maintenance, and building collapses are routine even in ordinary storms.

"This has already happened to us once," Bueno said. "I'm not going anywhere." 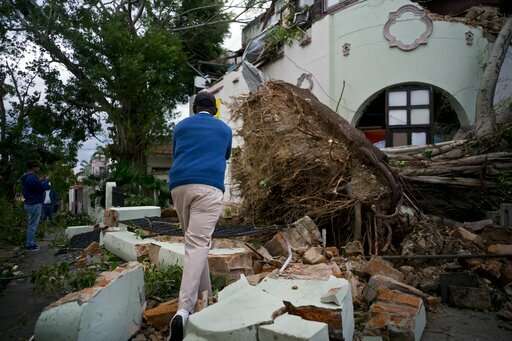 Around Havana, cars were crushed by fallen light posts and vehicles were trapped in floodwaters.

Leanys Calvo, a restaurant cook in the 10th de Octubre borough, said she was working Sunday night despite heavy rain and wind when she heard a rumbling noise outside and looked out to see what appeared to be a tornado touching down.

"It was something that touched down, and then took off again. It was like a tower," she said, describing it as displaying colors of red and green. "It was here for two-three seconds, nothing more. They were the most frightening seconds of my life."

The tornado tore the concrete roof off an apartment building in the Regla section of Havana and dumped it into an alleyway, briefly trapping residents in their homes.

Marlene Marrero Garcia, 77, said she was in her ground-floor apartment with her grandchildren and great-grandchildren Sunday night when she heard electrical transformers begin to explode. Then the tornado passed.

"It looked like fire, everything was red, then everything began to fall," she said.

Marrero said she and her family were trapped by debris for about half an hour before firefighters arrived.