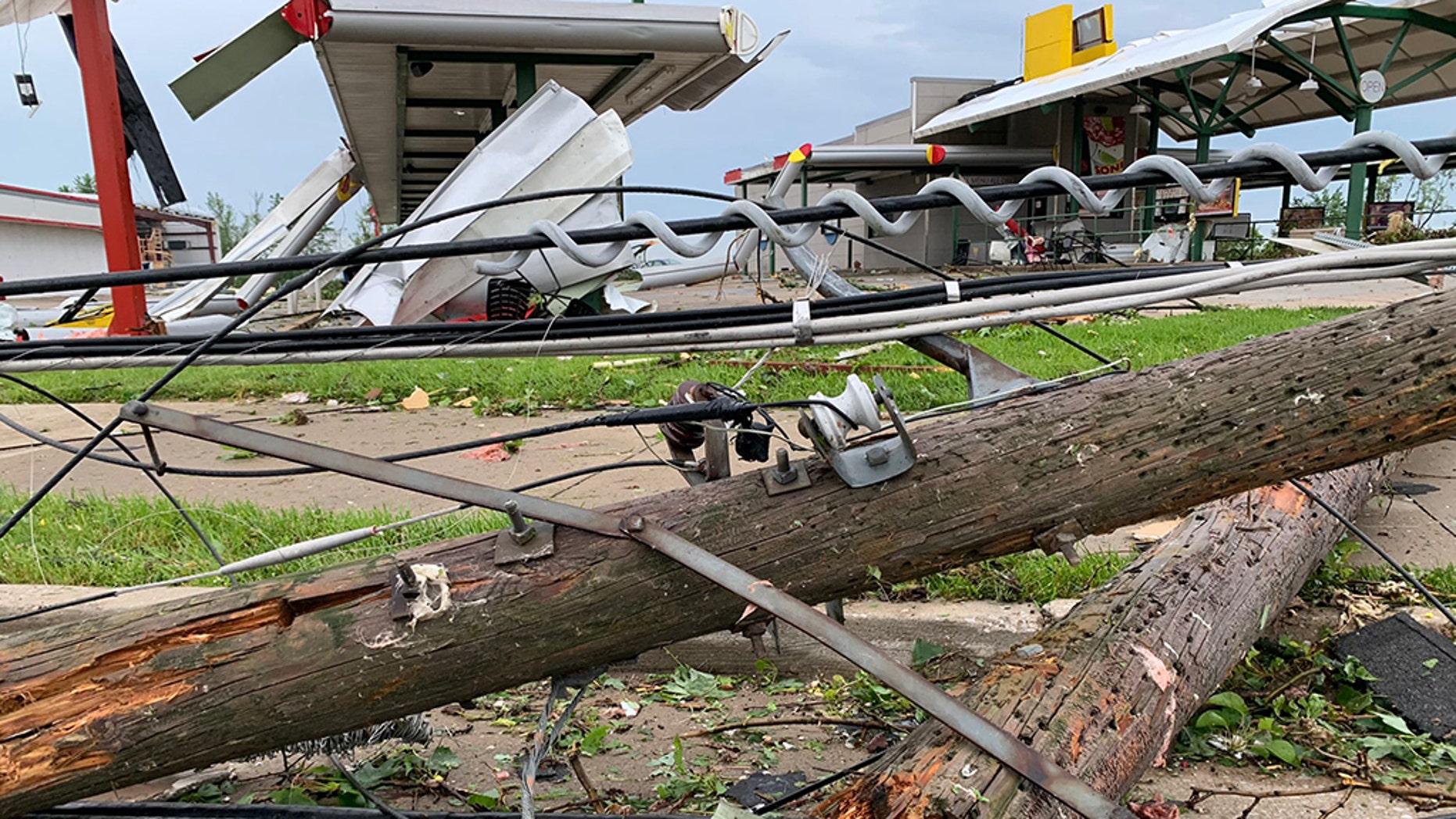 A "violent tornado" tore through Missouri's capital city late Wednesday, causing extensive damage under the cover of darkness on a day in which severe weather statewide was blamed for three deaths and dozens of people left trapped inside their homes.

The National Weather Service issued a "Tornado Emergency" for the Jefferson City area shortly before midnight as the violent twister moved through the area at about 40 mph.

"This is a life threatening situation," the NWS said. "Seek shelter now!"

The tornado hit during a week that has seen several days of tornadoes and torrential rains in parts of the Southern Plains and Midwest.

"It's one thing to see tornado video from areas that don't have a big population, but because areas like Jefferson City have been hit hard, that affects a tremendous amount of people," Fox News Senior Meteorologist Janice Dean said on "FOX & friends "The video coming out there is just catastrophic, unfortunately."

Williams spoke from the Cole County Sheriff's office, where debris including insulation, roofing shingles and metal pieces lay on the ground outside the front doors. Authorities were discouraging people from beginning clean-up efforts until power is safely restored. Area hospitals set up command centers in case the need arises.

The lieutenant added authorities were in the process of going "door-to-door" as daylight breaks and search and rescue efforts ramp up.

Williams said no deaths were reported in the capital so far, but 20 people were rescued by emergency personnel

Austin Thomson told the Associated Press he was in the laundry room of his complex of two-story apartment buildings to do his wash and noticed the wind started picking up. He saw sheets of rain coming down and a flagpole bend and then slam to the ground. The windows broke and he dove behind the washers and dryers. After it calmed down, the 25-year-old  walked outside to check the damage, and retrieved a stuffed animal for his daughter from his damaged apartment.

Jefferson City lies near the center of the state, about 158 miles east of Kansas City and about 132 miles west of St. Louis. The city has a population of about 40,000.

The MDPS reported extensive damage along Ellis Boulevard near Highway 54 and warned of downed power lines. Authorities warned residents all downed lines should be considered live and advised that people stay away from areas that have experienced heavy damage.

"We’re doing okay but praying for those that were caught in damage, some are still trapped - local emergency crews are on site and assisting," Parson wrote on Twitter.

The governor added later that, due to damage to state buildings and power failures, he was advising non-essential state employees to stay home Thursday.

"Across the state, Missouri's first responders once again responded quickly and with strong coordination as much of the state dealt with extremely dangerous conditions that left people injured, trapped in homes, and tragically led to the death of three people," Parson said Thursday morning.

The twister that struck Jefferson City was one of several tornadoes to hit Missouri overnight. There were at least two dozen reports of tornadoes throughout the region, according to dean.

"The problem is, the tornadoes came when people were sleeping," Dean said on "FOX & friends. "And that's why we tell people to have their NOAA weather radios on. If the electricity goes out, people are sleeping, at least you will have a way of knowing if there's a tornado warning in your area.”

The three deaths reported so far came in the southwest part of the state, when a large tornado struck the Golden City area of Barton County.

Another twister touched down a few miles outside of Joplin -- exactly eight years to the day an EF-5 tornado slammed the city, killing 158 people and leaving more than 1,000 injured.

The severe weather was expected to continue Thursday as the storms head east. Forecasters at the Storm Prediction Center said that parts of the Ohio Valley and the Mid-Atlantic could see tornadoes, large hail and strong winds.

"On the heels of damaging tornadoes overnight, a boundary stretching from the Plains through the Midwest and to the Northeast will be the focus for more severe weather today and tonight," Dean said. "We’ll be monitoring two areas – the interior Northeast and northern Mid-Atlantic, as well as a new round of severe storms from the Texas Panhandle through western Oklahoma into Kansas.  Large hail, damaging winds, and tornadoes are possible across both of these regions."

Storms and torrential rains have ravaged the Midwest, from Texas through Oklahoma, Kansas, Nebraska, Iowa, Missouri and Illinois. Authorities urged residents of several small towns in Oklahoma and Kansas to leave their homes as rivers and streams rose.

Deaths from this week's storms include a 74-year-old woman found early Wednesday morning in Iowa. Officials there say she was killed by a possible tornado that damaged a farmstead in Adair County. Missouri authorities said heavy rain was a contributing factor in the deaths of two people in a traffic accident Tuesday near Springfield.

A fourth weather-related death may have occurred in Oklahoma, where the Highway Patrol said a woman apparently drowned after driving around a barricade Tuesday near Perkins, about 45 miles northeast of Oklahoma City. The unidentified woman's body was sent to the state medical examiner's office to confirm the cause of death. Oklahoma Department of Emergency Management spokeswoman Keli Cain said she isn't yet listed as what would be the state's first storm-related death.