Carnage after 'tornado' rips through Awakino River baches in Taranaki 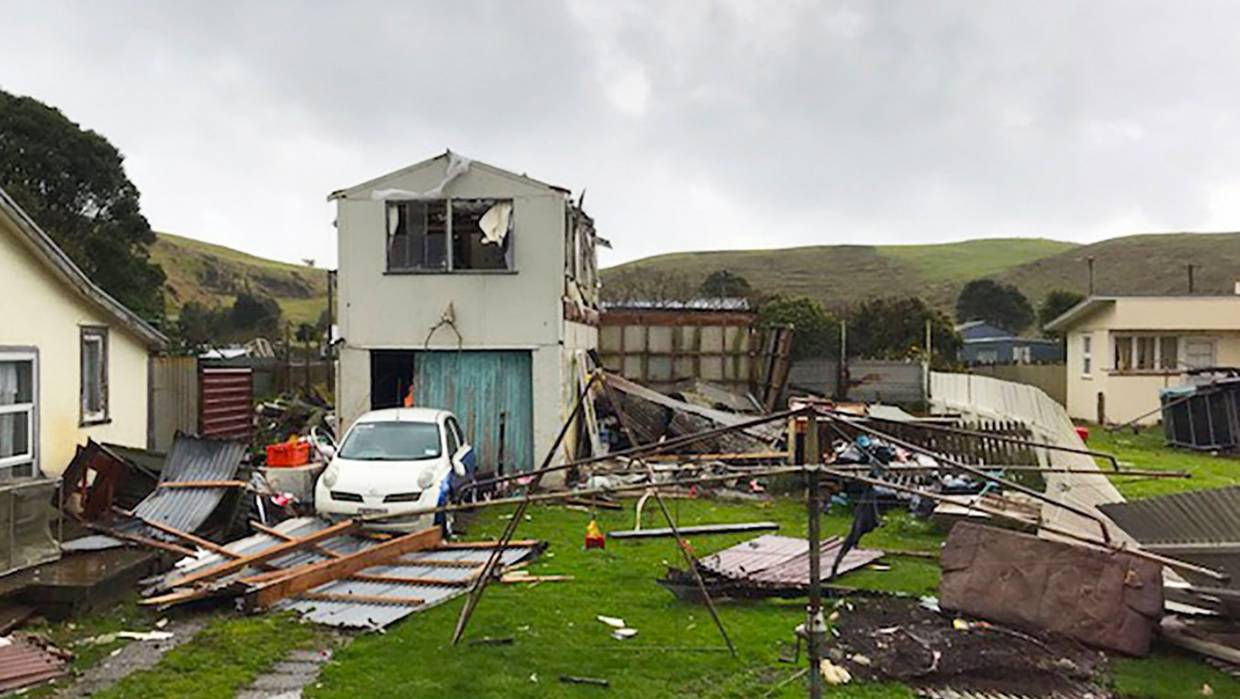 Residents of a small coastal settlement near Taranaki are in shock after what is believed to be a tornado tore through three beach homes and ripped out roofs.

Deane Riddick was inside his bach on Gribbin St in Awakino, five kilometres north of Mōkau, when he witnessed the twister making its way up the river about 3pm on Saturday.

"We looked out the window and saw it heading up the river. It was pouring down with rain at the time and on the tail-end of the storm the tornado came through," he said.

"It was like what you see on the movies - that whole Wizard of Oz thing where a whole bunch of stuff was up in the sky and rotating.
"There was iron about one kilometre in the sky."

No one had been injured, Riddick, who was visiting the area from New Plymouth for the opening of whitebaiting season, said.

Two of the baches hit were unoccupied at the time but a woman was in the third.

He said the area was strewn with debris, including a roof in the river.

Metservice severe weather forecaster John Crouch said at 6pm on Saturday he was yet to receive reports of a tornado in the area but it was "quite possible" one had swept through.

Winds of up to 70 kilometres per hour were recorded at New Plymouth airport and if there had been a tornado wind speed could have easily reached more than 100km/h with gust of up to 140km/h.

He said the Mōkau fire crew was in attendance and that they did not require back-up.

Police have been notified but were not needed at the scene, a police spokeswoman said.