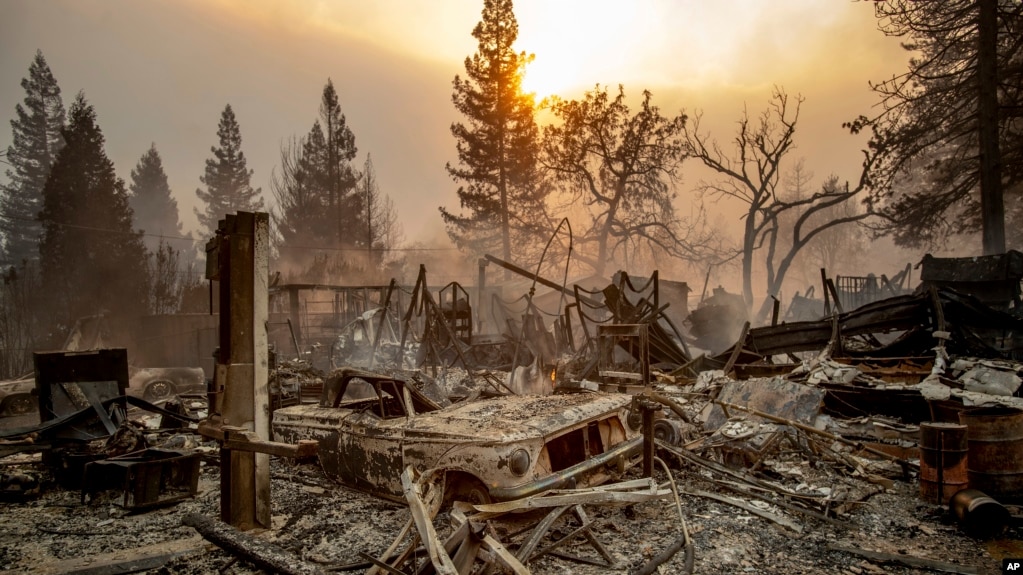 A vintage car rests among debris as the Camp Fire tears through Paradise, Calif., on Nov. 8, 2018.

Officials in California say the number of people missing from the deadliest wildfire in the state’s history has risen to more than 1,000 and the death toll has increased to 71.

Butte County Sheriff Kory Honea said Friday that a list of the missing, which he released Thursday with 631 names has now increased to 1,011 names.

He stressed that list likely includes people who fled the fire and don’t realize they have been reported missing, and said the list will likely fluctuate in number up and down. Honea urged people to inform authorities if they survived the fire.

Firefighters battling what is known as the Camp Fire gained ground Friday in containing and suppressing the flames.

Some 500 rescue workers sifted through debris in and around the northern California town of Paradise Friday, one week after the deadly blaze erupted and quickly raced through the town of 27,000. The blaze reduced the town to ashes, having destroyed nearly 12,000 structures, including at least 9,700 homes, and still threatens thousands of additional structures.

The blaze forced the evacuation of about 52,000 people who are staying in shelters, motels, homes of relatives and friends, and at a makeshift camp on a nearby Walmart parking lot and an adjacent field.

Officials said Friday that at least 25 people staying at shelters following the blaze have been hospitalized because of an outbreak of norovirus.

Authorities say schools and tourist attractions across the San Francisco Bay Area were closed Friday because of smoke from the forest fire.

The cause of the Camp Fire remains under investigation, but officials say it may have been sparked by malfunctioning electrical equipment.

Wildfires are common in California, particularly at this time of year when warm, dry winds help fan the flames. At the southern end of California, firefighters and rescue workers have been grappling with other wildfires, including the Woolsey Fire that killed three people and burned at least 500 structures near the Malibu coast near Los Angeles.

The Woolsey Fire, which torched nearly 390 square kilometers, roughly the size of the western city of Denver, Colorado, was about 60 percent contained, allowing more residents to return to the area.

The White House announced that U.S. President Donald Trump would visit California on Saturday to meet with “individuals impacted by the wildfires.” He plans to travel to both regions of California that have been devastated by the blazes.

Trump’s visit comes a week after he initially blamed California officials for the wildfires and threatened to withhold federal money. His tweets did not mention California’s drought conditions, which many scientists say are symptomatic of climate change.

“Now is not the time to point fingers,” Zinke said, saying dead trees, higher temperatures, and poor forest management were among the causes.