Experts warn a second wave could strike the Indonesia coast, just days after a monster tsunami killed more the 400 people.

The death toll from the tsunami that hit coastal areas of Indonesia's Java and Sumatra islands has reached 429, with almost 1500 injured and 154 missing, an official says. 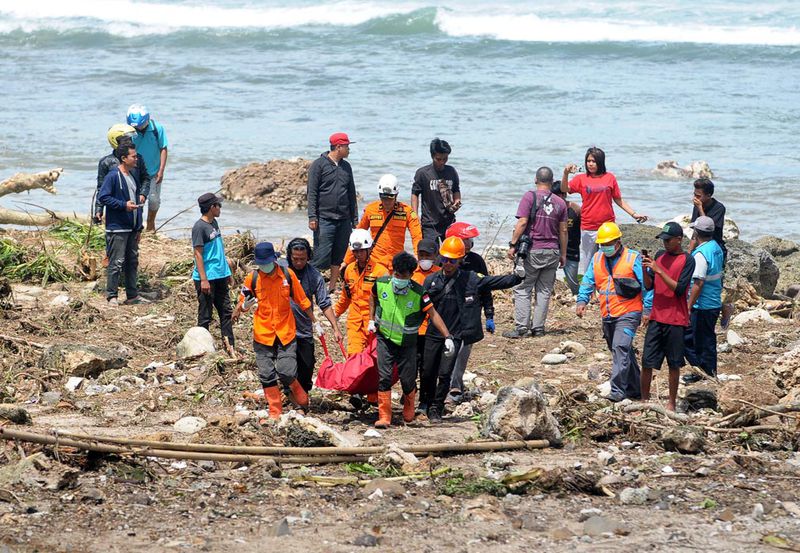 The tsunami that previously hit stretches of the Indonesian coast around the Sunda Strait – between Java and Sumatra – was indirectly caused by volcanic eruptions from the Mount Anak Krakatau volcano, some 50km off the coast, experts have concluded.

The devastation caused by the tsunami was spread across five districts of both islands, with Pandeglang district on the western coast of Java the worst hit.

Scientists have said the tsunami's waves were recorded in several places at about one metre high, but residents of Sumur insisted they towered more than three metres there.

They said a soaring white wall of water roared toward them at high speeds, ripping trees out of the ground by their roots.