After the deluge, north Queenslanders face a deadly new threat 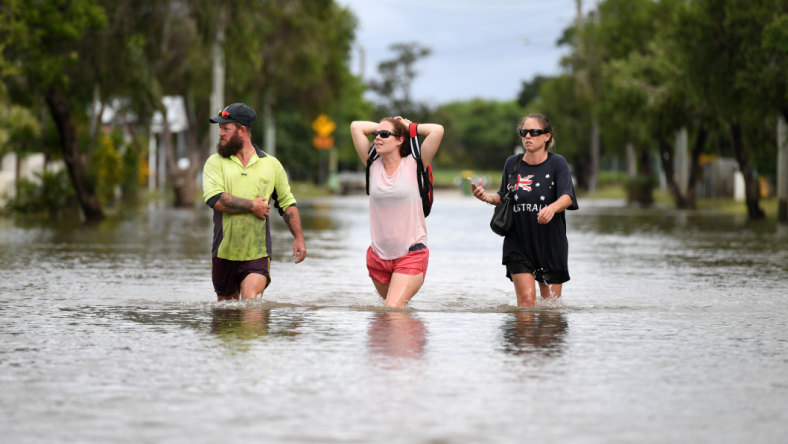 As Townsville and the surrounding area continue the clean-up after a record-breaking monsoon, exhausted residents and volunteers are not out of danger just yet.

Floods and mud have exposed many people to deadly disease. One person has died from melioidosis since the flood, and a further nine people remain in hospital, some of whom are in intensive care. In a city that would normally see a handful of cases a year, this is a significant increase. There may be many more cases of melioidosis to come, as symptoms can show up two to four weeks after exposure.

Although anyone can contract melioidosis, those at most risk are people with diabetes, liver disease, renal disease, chronic lung disease, cancer or any other immune-suppressing condition.

Flooding like we’ve seen in Townsville doesn’t just increase the incidence of melioidosis. It can increase the risk of mosquito-borne illnesses such as Ross River virus, Barmah Forest virus, and dengue, plus other communicable diseases, including hepatitis A and E, leptospirosis and parasitic diseases. It can increase the prevalence of asthma and other respiratory illnesses from mould inhalation. And it can release toxins into the water supply, for example, chemicals, pesticides, and heavy metals such as lead and arsenic.

How can residents protect themselves? People with open skin wounds and those with diabetes or chronic renal disease are at increased risk of melioidosis and should avoid contact with soil and standing water. Residents should also take appropriate mosquito exposure precautions by using mosquito nets and personal insect repellents, clean up any sources of surface water as soon as possible, and clean and dress wounds in a timely fashion.

Those who perform agricultural work should wear boots, which can prevent infection through the feet and lower legs. Health care workers can use standard contact precautions (mask, gloves, and gown) to help prevent infection.

However, while these protection measures help to deal with the immediate health concerns, they won’t address the root cause of severe weather.

Queensland is used to experiencing its fair share of storms, but this once-in-a-century rainfall is just another example of how climate change is wreaking havoc on our state.
Between cyclones, raging bushfires and debilitating droughts, Queenslanders are being forced to deal with a new normal of increasing intensity and frequency of severe weather. This can have a significant health burden on residents, including psychological distress from losing one’s home or seeing it damaged, and added costs to our health system.

Prime Minster Scott Morrison visited Townsville last week to survey the damage and credit should be given to the support he gave to affected communities. However, we need to be asking more from our government in its response to climate change.

So far the government seems immune to the science and the pleas from health professionals and others in the community to do its part in limiting carbon emissions, reducing supply of coal and gas to other parts of the world, and serious efforts to stabilise rising temperatures. If Australia continues to ignore the alarm, we can expect more climate chaos leading to more illness and deaths.

As a doctor, it’s my job to not only treat those sick in front of me, but to avoid illness and suffering in all my potential patients. Taking climate change seriously and urging the government to lead in renewable energy is doing just that.